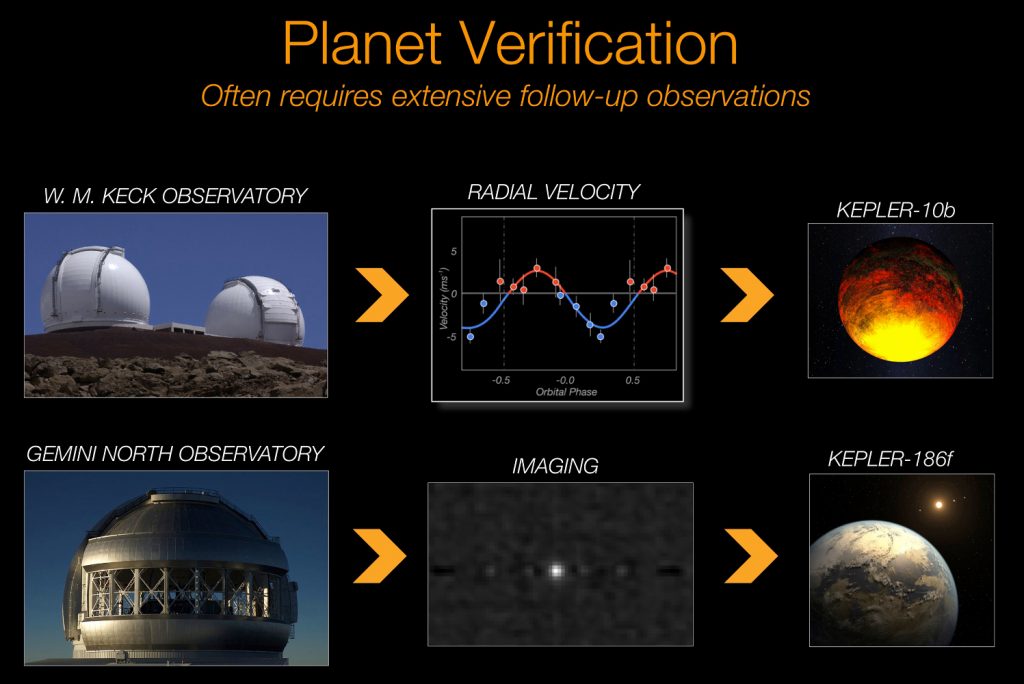 On May 10, 2016 NASA held a press conference to announce officially the discovery of the a record number 1,284 confirmed extrasolar planets from Kepler’s primary mission. Among this record haul of exoplanets were also quite a few smaller worlds including some that were found to orbit inside the habitable zones (HZ) of their systems.

The Keck Telescope on Mauna Kea played a vital role in sifting through the Kepler’s large list of possible planets to identify and confirm each one.  You can read about all the science behind planet finding and the science behind identifying them here.