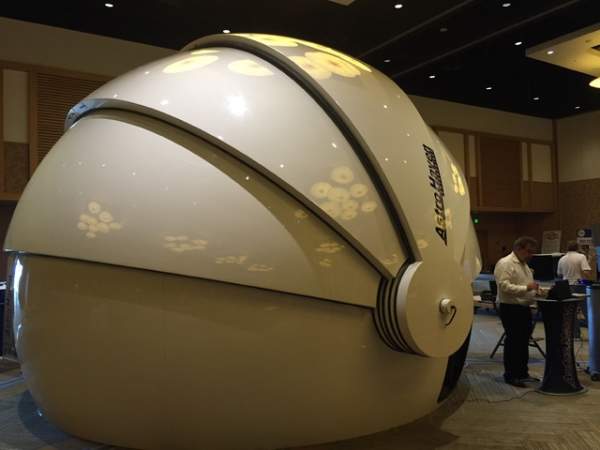 Plans to remove Hoku Kea, the University of Hawaii at Hilo’s teaching telescope, from Mauna Kea are being delayed after a group of Native Hawaiians who support astronomy on the mountain and others urged officials to consider the impact to students.

The university slated the tiny observatory for removal last year in order to meet Gov. David Ige’s decision to demolish three telescopes before the controversial Thirty Meter Telescope is completed. The move was part of Ige’s 10-point plan aimed at improving management of the mountain, the site of large protests against the TMT last year by the Native Hawaiian community.

But members of Perpetuating Unique Educational Opportunities, a group of pro-TMT Hawaiians, and other individuals questioned the decision last month during an Office of Mauna Kea Management board meeting, citing the educational value of Hoku Kea for Hawaiians and other Hawaii Island residents if the broken 36-inch telescope is replaced as previously planned.

In response, the board chose to defer approving the official notice of intent to decommission the observatory until it hears more public input and a report from a Governor’s Office representative. That effectively postpones decommissioning.

“It’s like saying that our kids don’t deserve to have any kind of opportunities to access the technology that’s there,” said Patrick Kahawaiolaa, president of the Keaukaha Community Association and PUEO member, on Thursday.

Reached by cellphone, UH-Hilo Chancellor Don Straney said the decision is up to the board. Hoku Kea is the only telescope owned by the Hilo campus.

“I think if the board finds things it needs to discuss more, then that’s what we should do,” he said.

The observatory sits on the site of one of the first telescopes on the mountain and was meant as a teaching tool for UH-Hilo students. About six years ago, its mirror was delivered warped and the project languished as the manufacturer went out of business.

After spending $800,000 in federal grants, the university allocated $450,000 to replace the broken telescope with a 24-inch model. The day the project was to go out to bid was the same day Hoku Kea director Pierre Martin said he was told the project would be scrapped.

Martin said a new dome and equipment are still being acquired in hopes of finding an alternative site off the mountain for the telescope, which some Hawaiians consider sacred. A new 18-foot dome will be delivered in July and likely installed at the UH-Hilo campus, at least temporarily.

“Unless a site becomes accessible quickly, we will likely install some of this equipment on campus this fall,” he said in an email. “We are working with PUEO to be able to have members of the communities involved in these activities, since our goal remains to make Hoku Kea accessible to keikis, right from the start.

“As for a more suitable site, we will see how events develop in the coming months.”

Dan Meisenzahl, UH spokesman, said the university has not asked the Governor’s Office to speak to the board about the issue.

An Ige spokeswoman declined to comment about Hoku Kea when reached Thursday.

“Due to the contested case hearing, the state is precluded from discussing Mauna Kea and TMT at this time,” she responded in an email.

The hearing will determine whether TMT is re-granted a land use permit for building in Mauna Kea’s Conservation District after the state Supreme Court remanded the issue last December. The high court ruled the state Board of Land and Natural Resources violated due process rights of project opponents by voting for the permit before the last contested case hearing was held.

Kahawaiolaa said he also would like to see the UH-Manoa-owned UKIRT, one of the two other telescopes slated for decommissioning, be saved and questioned Ige’s decision to have a quarter of the telescopes removed.

“He said 25 percent cutback. Why?” he asked. “That’s the real question for me. Why, so Native Hawaiian kids don’t get the opportunity?”

Meanwhile, plans to remove the Caltech Submillimeter Observatory, that already was selected for removal in 2009, are progressing.

At the same May 11 meeting, the Mauna Kea management board voted to approve the notice of intent for its removal.