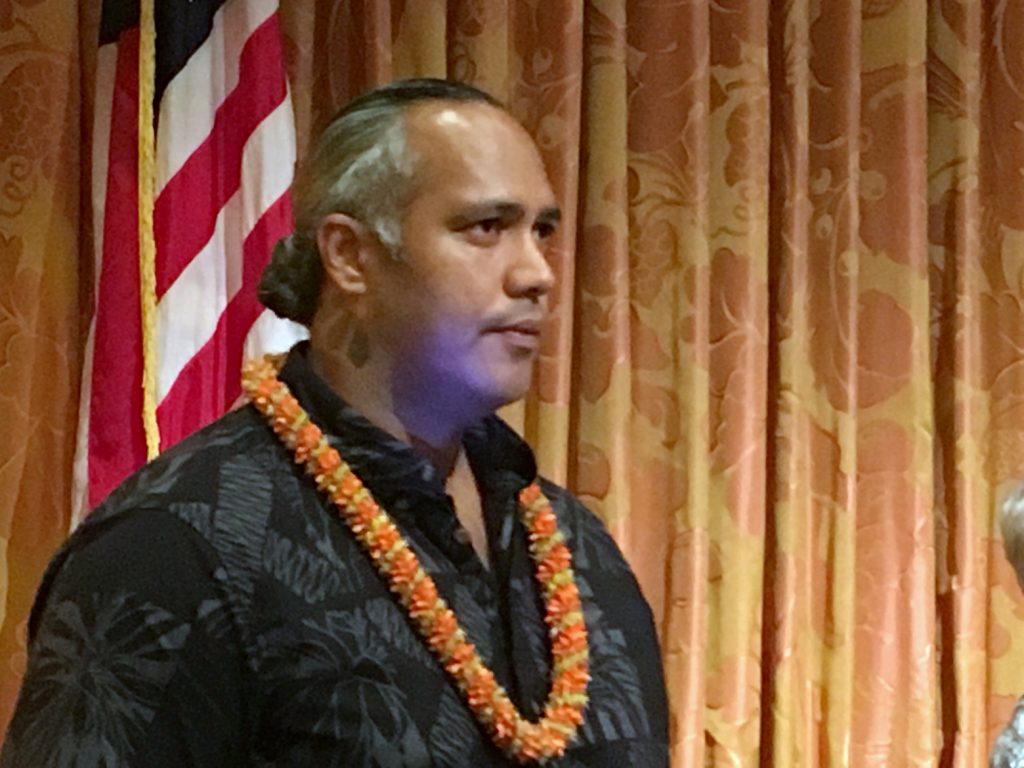 HONOLULU (AP) — Building a giant telescope atop Mauna Kea will come with educational opportunities that Hawaii shouldn’t close the door to, the president of a Native Hawaiian group that supports the project said.

Perpetuating Unique Educational Opportunities President Keahi Warfield told a Waikiki hotel banquet room filled with members of the Rotary Club of Honolulu Tuesday that he believes there’s a “silent majority” of the public who support the Thirty Meter Telescope.

The $1.4 billion telescope has divided the Native Hawaiian community, with many opponents saying it will desecrate sacred land. The state Supreme Court invalidated the project’s permit last year and ordered a new contested case hearing. Warfield’s group, whose acronym PUEO means Hawaiian owl, is allowed to participate in the upcoming hearing.

“Many people have come forward to thank us for exposing a view that they were afraid to voice,” said a bullet point in a presentation Warfield showed the Rotary Club. Many don’t feel safe expressing support for the telescope, he said.

Intense protests on the Big Island mountain prompted a halt in construction.

Telescope officials have said they want a permit in place by the end of the year or early next year in order to resume construction in 2018. Meanwhile, telescope officials are looking for possible alternate sites in case it can’t be built in Hawaii.

A young girl told Warfield she no longer wants to grow up to be a scientist because of the debate, which has pitted family members against each other, Warfield said.

The group “is not about choosing sides,” he said. Rather, it’s about showing that culture and science can co-exist and guiding children from “preschool to Ph.D,” he said. The group also aims to show that there are Native Hawaiians who support the project and have a deep connection to the mountain, Warfield said of his youth hunting on Mauna Kea and going up to its summit.

He pointed to Hawaii’s high cost of living and students’ lagging test scores as signs that training youth to be ready for high-tech jobs at the telescope is crucial for the state’s economic future.

Many Rotary members stuck around after the presentation to chat with Warfield and board member Richard Ha, a farmer on the Big Island.

“I think there’s a big opportunity for kids from here to tap into the science that’s all around and in the Big Island,” said H. Mitchell D’Olier, chairman of the Harold H.L. Castle Foundation, citing examples such as volcanology and marine science.