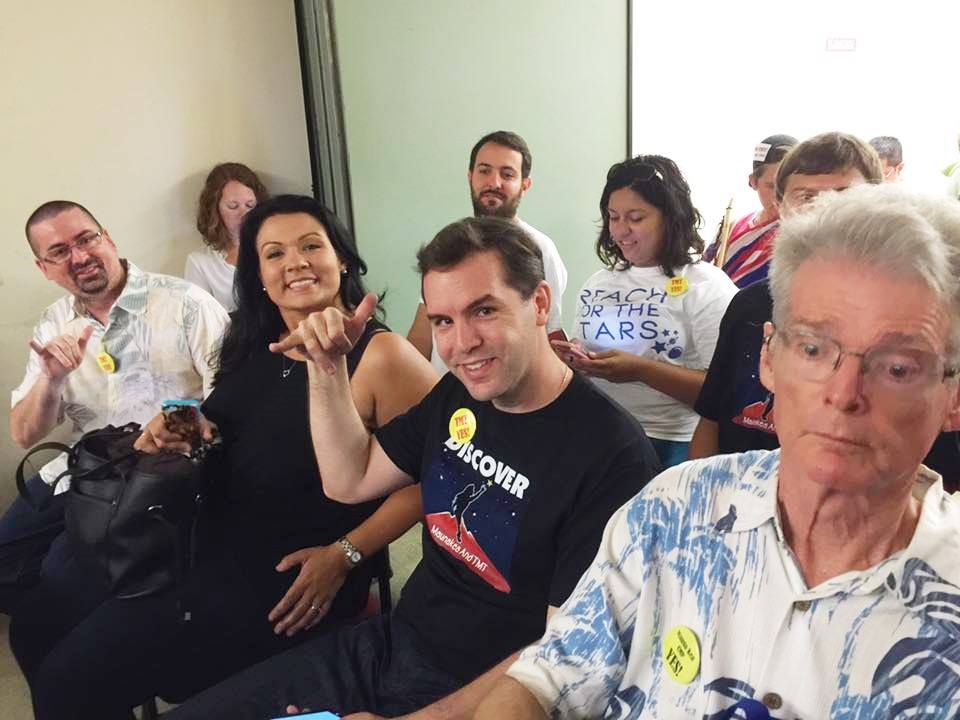 Retired Judge Riki May Amano on Friday approved requests by the Thirty Meter Telescope and the group Perpetuating Unique Educational Opportunities to be parties in the contested case hearing over the permit for the controversial telescope.

Amano also approved 14 other groups and individuals who can file motions and call witnesses, and who are required to participate in any proceedings ahead of the hearing itself.

Amano offered those who applied to be parties to be witnesses instead. Five applicants chose that option.

There are now 24 parties involved in the hearing, including the University of Hawaii at Hilo and Mauna Kea Ainanahou, a group opposed to the $1.4 billion telescope and represented by attorney Richard Wurdeman.

Those parties indicated that they would call upwards of 150 witnesses.

Amano told the parties that with that number of witnesses, she expects the hearing to take three to four weeks. She said the hearings would be held on the Big Island.

More than a hundred people jammed a small conference room at the Hilo State Office Building before Amani cleared the room because it was over capacity. Those who applied to be parties were then allowed back in. Any available seats left — about 40 — were then opened to the general public. The rest remained outside.

Amano plans to have a pre-hearing conference to set dates for additional conferences and the hearing itself.

Friday’s decision is another step toward the required repeat of the 2011 proceeding that was shot down in December by the Hawaii Supreme Court. The court ruled last year that the State Board of Land and Natural Resources should not have approved the permit for the project before all evidence was presented.