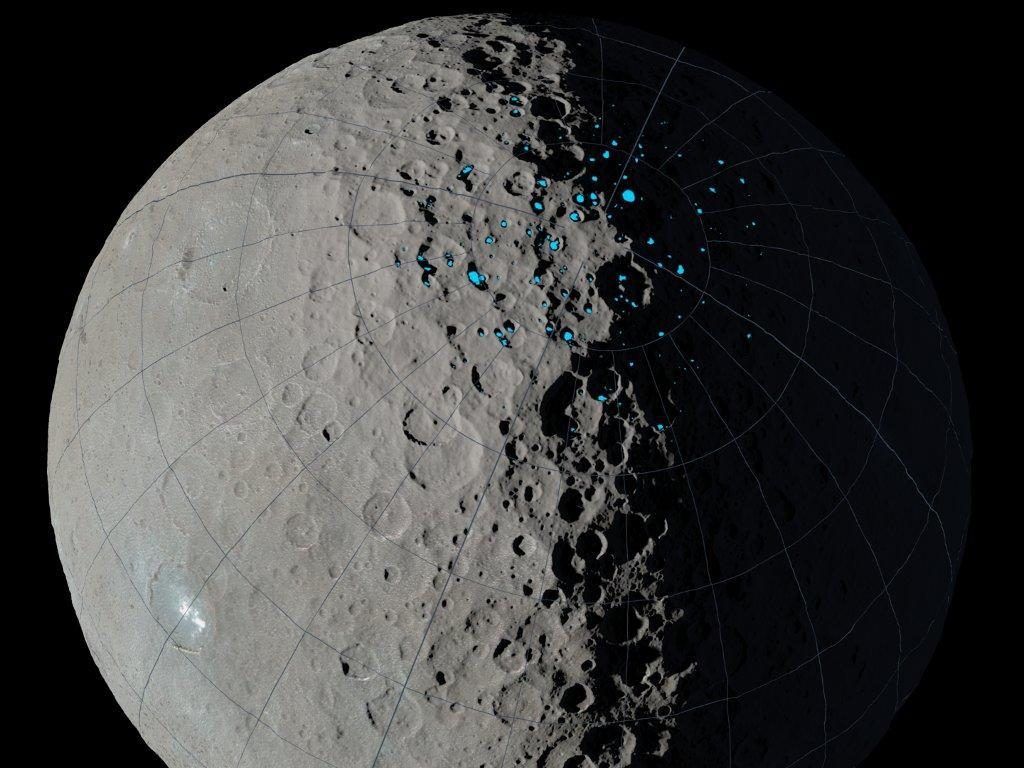 Astronomers with the University of Hawai‘i are examining possible ice pockets on the dwarf planet Ceres which orbits Pluto.

Pictures taken from NASA’s Dawn mission show frozen water may be trapped in craters on the planet’s poles–which sit in dark areas that don’t receive sunlight.  Researchers say Ceres may have just enough gravity to hold the water on the surface.  If temperatures in the crater stay below minus 243 degrees Fahrenheit the area becomes a “Cold Trap”, holding ice for billions of years.

Scientists have previously discovered ice hiding in similar pockets on Mercury and Earth’s moon.  Norbert Schorghofer is an associate professor with UH’s Institute for Astronomy.

Schorghofer says his team will continue to run stereo imaging tests on the photos to see if water actually exists on the surface of Ceres.